Home » Simple Machines in Cars: A Review Guide for Kids

Simple Machines in Cars: A Review Guide for Kids

The simple machines used in cars might surprise you! Mechanisms we all recognize, like inclined planes, levers, and wheels and axles, are all a part of the secret to how cars work. Follow our simple machines in cars guide for kids to learn more about how vehicles move and resources for fun games with simple machines like these.

Home » Simple Machines in Cars: A Review Guide for Kids 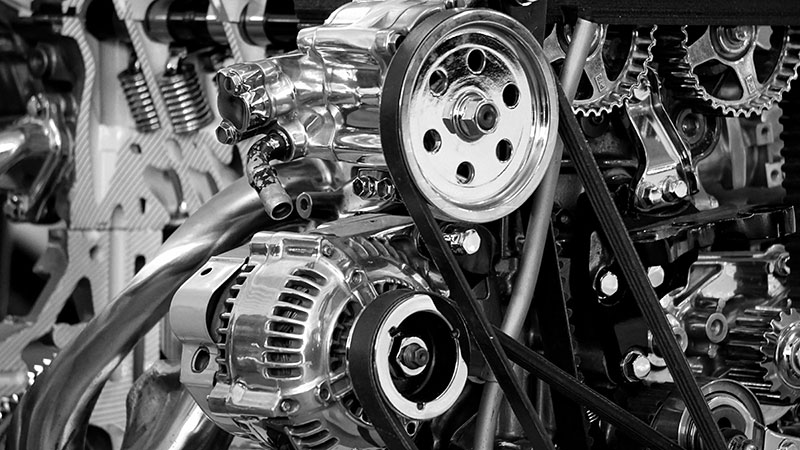 How the machines in cars work can be interesting but difficult to really understand at first, especially if you do not know where to start. However, there are simple and fun ways to learn about the various parts that make the learning process entertaining and easy.

Wheels and axels, inclined planes, levers, pullies, and screws are all simple machines that make up more complex machines, including cars. When you break a car down into its smallest machines, understanding how the mechanisms work, and how they work together, becomes simple. Learning can be fun, especially when the topic is about what makes cars move at the speeds that they do!

As the name implies, this simple machine is composed of a wheel attached to an axle, which work together in a rotating motion. This type of simple machine is typically seen in a car’s tire mechanism, in which the tires are the wheels attached to a cylindrical axle. This allows the car to move on surfaces with minimal friction. It also reduces friction and helps them to go really fast once they get moving.

Gears are another form of a wheel and axel simple machine, and they are also important parts of a vehicle.

You can visualize how this simple machine works by making a wheel and axel yourself. Using simple materials like toothpicks, straws, and bottle caps, you can make a working small-scale wheel and axle like the ones we see every day in the form of car wheels and gears.

An inclined plane, also called a ramp, is a slanted flat surface typically used to make moving heavy objects downwards or upwards easier. Their real-life uses include applications in playground slides, wheelchair ramps, and stairs. The machine is also used in ramps for loading trucks and cars in level parking lots.

Being one of the least complicated simple machines, it is easy to learn about these through experimentation. Try pushing an object up a set of stairs and then push that same object up (or down) a ramp. You will soon learn why inclined planes are such useful simple machines.

If you would like to learn more about how an inclined work, focus on how steepness can affect how difficult or easy it would be to push objects upwards or downwards.

Simply put, a lever is a stick or bar that rest on a pivot point, also called a fulcrum. It is one of the most common simple machines and can be observed almost everywhere. The seesaw is one great example of the application of the lever where the seats are the stick attached to the fulcrum from which the stick rotates to lift riders on each side.

Levers can be found in a car’s door handle, the mechanism that sprays windshield washing fluid, the braking system, and also the gear stick in manual cars.

Primarily used in changing the direction of force by lifting or lowering an object, a pulley is basically a rope attached to a grooved wheel. A pulley’s most popular application is probably in elevators, which are able to transport heavy loads up and down using strong and thick ropes.

However, pullies can also be found in cars. They are present in the car’s engine and function as a way to transmit power from one area of the engine to another with little noise or friction.

A screw is another simple machine. It is made up of an inclined plane wrapped around a cylinder. The main function is to fasten things securely together, either temporarily or more permanently. Screws are present in simple mechanisms such as the inside ridges that allow a bottle cap to be attached and reattached to a bottle.

Different kinds of screws are used in cars, from the bolts that hold the car’s main parts together, to the fasteners found holding everything from side panels to parts of the steering wheel and even the glove compartment. Screws are essential for assembling a majority of machines with more than one working part.

When two or more simple machines are used together, they form a more complicated type of machine called a compound machine. Some examples of compound machines composed of multiple simple machines are the corkscrew and the wheelbarrow. The corkscrew is made up of a screw and two levers while the wheelbarrow uses a wheel and axle as well as lever mechanisms to get things from one place to another.

Games to Learn About Simple Machines

Games are another great way to understand and remember how the different kinds of simple machines work individually and with each other. Having plenty of visual elements, these games will help you to visualize what you have learned so far. Below, you will find links to sites where you can find online games you can play that will help you to learn more about how each simple machine in a vehicle works.