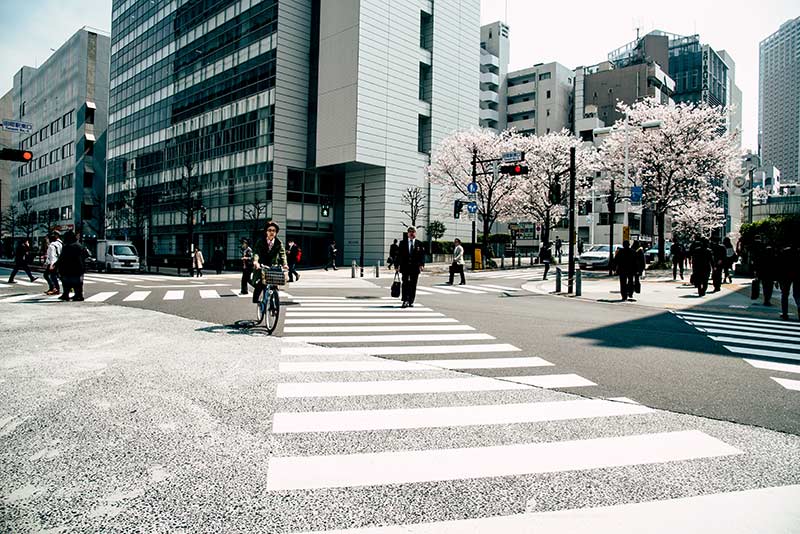 Although many types of traffic accidents have been on the decline over the past several years, pedestrian deaths and accidents remain high and on the rise. This serious issue is largely attributed to the distracted driving of population that always seems to be glued to phones and other devices.

Fortunately, a creative and possibly effective solution is being investigated – optical illusions. Taking inspiration from European countries who have employed a similar technique in attempts to make roads safer, the use of various optical illusions (3D painted speed bumps and crosswalks) has gained popularity in the United States.

But how exactly do optical illusions help in encouraging safe driving and reducing road accidents? Let’s find out.

What is an optical illusion?

This is where optical illusions come in. Optical illusions are illusions caused by a mismatch between visual perception and reality. These are usually classified into three categories: physical, physiological, and cognitive.

Motion-induced blindness is a type of optical illusion where static objects seem to disappear when they are juxtaposed with a moving background. The phenomenon was recorded in 1991 by scientists V. S. Ramachandran and Richard l. Gregory. However, the scientific community has not reached a final consensus regarding which neurological mechanisms cause the illusion.

This type of temporary blindness from seeing certain objects or stimuli is often observed by drivers going at high speeds. With attention focused on the road ahead, they tend not to notice a crossing pedestrian, cyclist, or animal that might be right in front of them.

It has also been observed by people driving at night when the taillights of the car in front of them seem to disappear as they turn their attention to the lights of oncoming vehicles in the opposite lane.

It seems that every other town has its own anti-gravity hill (also called a spook hill or mysterious hill). Whatever you want to call them, these hills have become popular spots for drivers who want to test out what they often believe to be a strong ‘magnetic field’ in the area which can pull a car (put in neutral) up a seemingly inclined hill.

Unfortunately, scientists have proven that these hills and their alleged magnetic fields are actually just optical illusions. From recreating the topologies of known anti-gravity hills, scientists discovered that the upward movement of a car on an incline is just a product of the eye’s misconception of inclines and false horizons.

Drivers know how important a good sense of distance and an understanding of optic flow are when it comes to driving and parking. Having both will allow you to avoid hitting road signs, nearby cars, and pedestrians.

It is important to keep in mind that when we are behind the wheel (as opposed to simply walking), we underestimate even the shortest distance by approximately 40% according to research. That is a significant difference that may potentially lead to accidents in situations where only a small amount of error can occur without resulting in a collision.

Blind spots are areas on the side of your car that cannot be seen via the side view or rear-view mirrors. These spots also increase depending on the height of the driver and size of the vehicle, and they pose a safety risk to both the driver and other people on the road.

Issues with blind spots typically include not being able to see or judge distance from other objects and blocking the side view of cars in traffic. Although all vehicles have a blind spot, there are still ways you can minimize them.

Some transportation experts recommend using the blind zone/glare elimination (BGE) method. This involves adjusting your outside mirrors 15 degrees further than their usual position to maximize the driver’s view.

Positive Use of Optical Illusions to Improve Safety

While some optical illusions pose a danger when it comes to driving safety, they are also being used to improve overall safety on roadways.

Elongated Text on Road Surface: Typically used to inform drivers of speed limits and limitations on intersection turns, these signs employ anamorphosis, or distorted images, to create markings in a way that will make them easily understandable from the perspective of the driver’s seat.

Speed Reduction Markers: The Federal Highway Administration has been working on replicating the evenly spaced painted-on speed reduction markers successfully used in countries like Denmark, France, and the United Kingdom to lower the average driving speeds on the main roadways of rural communities in the US.