Suicide was the tenth leading cause of death for all ages in 2013, which is equal to 113 suicides each day, or once every 13 minutes. Suicide awareness and prevention starts with the mnemonic IS PATH WARM. Learn to recognize these and more warning signs in yourself or a loved one with our guide below. If you are experiencing suicidal thoughts there are a number of people and institutions that you can reach out to, such as a mental health specialist, or a suicide hotline number (800-273-TALK). 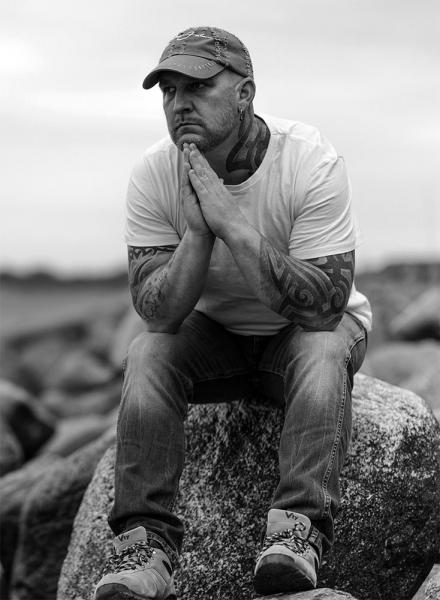 Every year in the United States there are more people dying as a result of suicide than homicide. According to the AFSP, ninety percent of people who die by suicide have a mental disorder at the time of their death. However, most of these lives could be saved with timely and appropriate treatment and medication. Education, awareness, and support are also extremely vital.

According to data by the CDC in 2013, suicide was the tenth leading cause of death for all ages. The total number of suicides in the United States was 41,149 which is equal to 113 suicides each day, or one every 13 minutes. For every suicide attempt ending in death, there are 25 nonfatal ones, making the annual rate of attempted suicides 1, 028,725. That means that every 31 seconds there is a person in this country attempting suicide.

Even though females are more likely than males to have suicidal thoughts, males take their lives more frequently than women. They represent 77.9% of all suicides. Suicides are most prevalent in middle-aged adults (45-64 years old), followed by the elderly.

In addition, suicide is the second leading cause of death for youth (15 to 24 years old) behind automobile accidents.

Suicide is a tragedy for individuals, their families, and friends, but also for society as a whole. According to the Men’s Health Network, it is estimated that each suicide intimately affects at least six other people. Suicide-related data shows that children who lost a parent to suicide show a range of self-destructive behaviors such as having problems with alcohol (33.4%), antidepressants (23.8%), and opiates (20%).

What pushes most people to inflict harm on themselves is the feeling of being trapped and hopeless. The belief that there is no other relief for pain that the individual is experiencing leaves suicide as the only resort. Most suicidal thoughts are associated with an emotional disorder, which is in many cases undiagnosed or untreated.

Commonly, those who attempt suicide have been struggling with depression, but there are other emotional problems that can increase risks such as anxiety disorders, substance abuse, bipolar disorder, eating disorders, or a psychotic disorder.

Events that can trigger people suffering from an emotional disorder to attempt suicide are diverse and include things such as death, relationship difficulties, or a failed exam. Many people who have suicidal thoughts perform what is sometimes called a “cry for help”- they talk about suicide with other people or attempt suicide in a way that leaves room for someone to save them.

To prevent suicide, it is important to know these facts and understand the signs in order to be able to act quickly and get help. Remember, as noted by U Lifeline, a suicidal person should not be left alone and should get professional help immediately.

AAS offers a mnemonic to remember the warning signs of suicide more easily: IS PATH WARM?

More specifically, you should look for these behaviors, because they can point to the risk of a suicide attempt:

Getting Help and Suicide Prevention

If you are experiencing suicidal thoughts at the moment, you need to know that you are not alone. Many people, no matter how admired, talented, or successful, were once at the same place that you are right now. Suicidal thoughts are not a sign of weakness. The fact that you are still here means that you have the strength to endure hard times and deal with incredible pains. While your pain might be unbearable at the moment, you need to think further into the future, because your crisis is likely temporary. With help, the pain will eventually pass.

Do not try to cope with suicidal thoughts on your own. There are number of people and institutions that you can reach out to, such as a mental health specialist, a suicide hotline number (800-273-TALK), a school psychologist or a counselor, a suicide prevention center, a close friend, your partner, or a religious leader.

When you are experiencing suicidal thoughts you should:

Prior to Suicide Attempts

Everyone should take some time to learn about suicide. By learning the facts, how to recognize the signs, and deal with risks – you can save someone’s life. One of the common myths about suicide is that nothing can stop a person who has decided to commit suicide.

The truth is that most of the people who have suicidal thoughts stay uncertain until the final moment, because what they wish for is not actually death, but for the pain to go away. Another pervading myth is that by talking about suicide, you may give someone the idea to do it. On the contrary, one of the most helpful things you can do is to talk about the suicidal thoughts. This shows the suicidal person that there is someone who cares and can help them change their mind.

If you suspect that someone near you might be experiencing suicidal thoughts, try to talk about it with them, but do not:

Make sure that the person you are talking to knows that you are there to listen and help him or her to cope with the situation. You should agree on the next steps in the process and offer to help them seek professional help.

To read more about this, visit:

After a Suicide Attempt

When a person close to you attempts suicide, it is not just a difficult period in his or her life, but in your life too. You might be feeling overwhelmed and not know how to act around your friend, family member, or a loved one.

It is important to be aware of your feelings when you are around someone who has attempted suicide so that you do not react in a way that makes the person withdraw.

You should always avoid these behaviors: panicking, blaming, criticizing, lecturing, ignoring, punishing, dramatizing, simplifying things and trying to use “quick-fix” approach, or making the person feel guilty. Instead, let them know you are available for them and that you are willing to listen.

Support your loved one in developing a realistic plan for recovery, but leave them space to take some responsibility for their own welfare, as much as they are capable. Most importantly, remember that you cannot replace a professional counselor, a psychiatrist, or a doctor.

As previously said, this is an unsettling and emotionally draining situation for both you and the person you are providing support to. It is vital not to ignore your needs and to look after yourself. Ensure that you have other family members and friends you can talk to, and if it is needed consider counseling or other professional help for yourself too.

For more information, you can visit the following websites:

For friends and family after someone close commits suicide

Often, death by suicide of your loved one comes unexpectedly, and it is common for family members and friends to feel resentment and anger toward the departed. It is not uncommon to have feelings of self-doubt, guilt, or self-loathing for not recognizing the signs or not doing enough for the one who is gone. It takes time and effort to work through these feelings.

However, grief like most of the other things in life, is not permanent. Pain that is crippling will become bearable and something we learn how to live with. We will eventually be even able to laugh and enjoy new experiences, despite having gone through tragedy. Until we reach that stage, it is important to remember that bereavement is a normal reaction to a loss, and that it can manifest itself physically, behaviorally, socially, mentally, and emotionally. If it is difficult to cope with these problems by yourself, then you should reach out for professional help.

To learn more, visit either of the following websites:

Children should learn about suicidal behavior and warning signs because they may find themselves in a situation where they can save their own or somebody else’s life. Schools and educators should approach this topic carefully and ensure that guidelines and best practices are followed so that the program has a positive effect.

There are a number of resources online that can help schools choose the best prevention lesson plans and prepare educators for working with students.

For more information for teachers, visit:

There are special suicide prevention and crisis intervention programs for groups in society that are particularly susceptible to self-harm and suicide attempts. The high-risk groups for suicide are: